Gallery of political heroes – give values a face 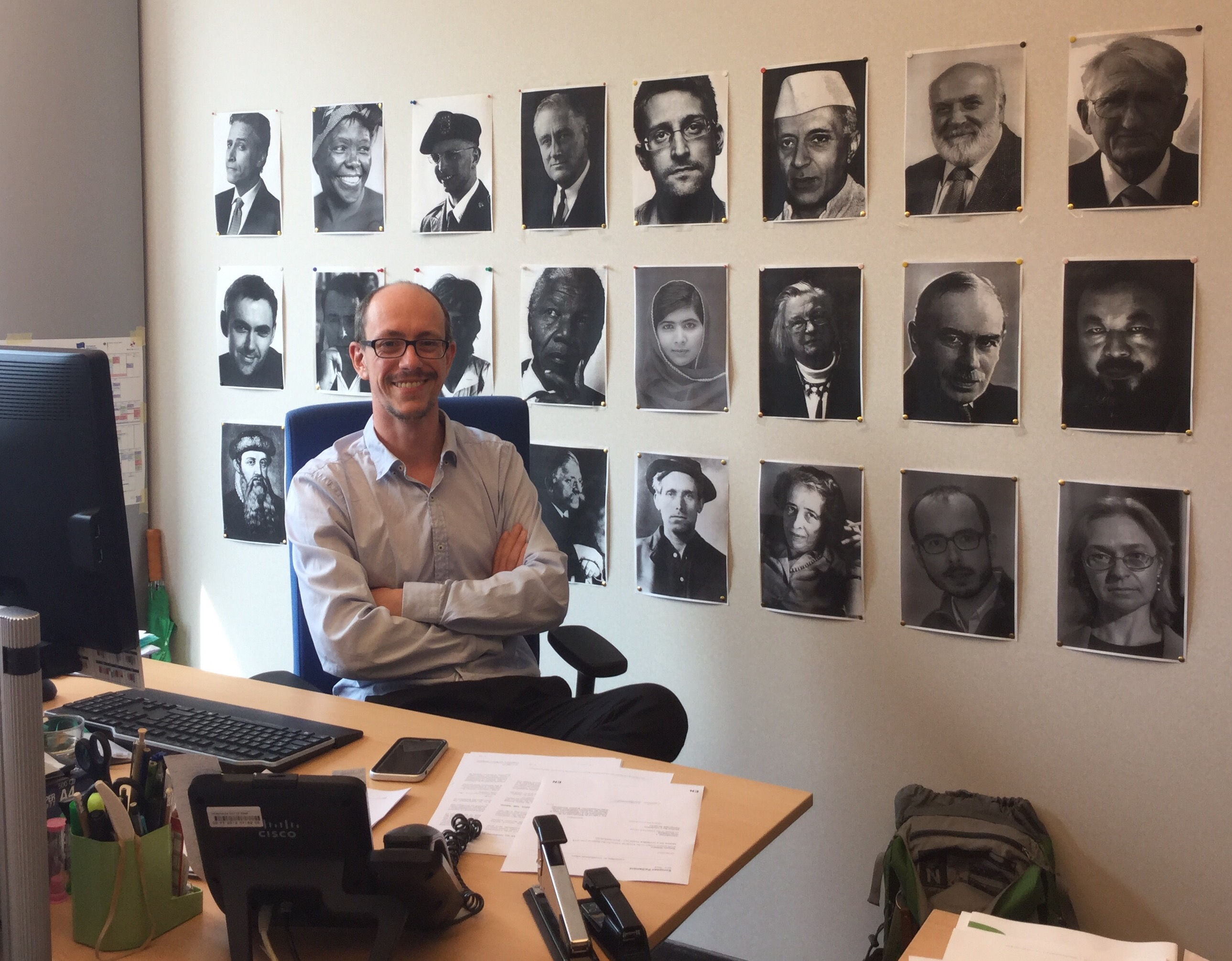 Political values are abstract. That makes it difficult to discuss them. That is a pity because to build a political community feeling, this is an important thing to do. To solve this, you can tell your values in stories of real people who embody those values. You give values a face and thereby make it easier to speak about them.

Epic and fairytale stories have heroes. Are human beings perfect enough to qualify as political heros? While we know about human imperfection, I believe we are all used to  have heroes, it is just the question who fills the void best: the national history narrative filling our squares with statues of warriors and monarchs, a religion with their saints, Disney or a progressive political movement? The European Parliament awards each year the Sakharov prize for a similar purpose.

Jürgen Habermas, political philosopher, because he convinced me during studies of his communicative theory as the best foundation available for a global political system.

Altiero Spinelli, politician and philosopher, for defining and defending Federalism to protect democracy and peace against nationalism in theory and in the European Parliament

Jawaharlal Nehru, leader of the Indian independence movement and first Prime Minister, for establishing and safeguarding the world’s largest democracy by peaceful means

Edward Snowden, whistleblower in a US military contractor, for exposing the threats for our freedom looming from the military-industrial complex and modern use of data

Franklin Delano Roosevelt, US president, for defending democracy against the great depression with his New Deal

Chelsea Manning, whistleblower in the US military, for exposing war crimes in Iraq, Guantanamo Bay and Afghanistan

Wangari Maathai, politician, for fighting against corruption and to protect the nature of Africa

Jon Stewart, comedian, for creating a genre of comedy that is more informative than journalism and protecting sanity in times of insanity

Simon Hix, political scientist, for demonstrating how close the European integration brought us already to what we know from national democracies and the USA

Pierre Bourdieu, social philosopher, for developing sociological concepts like Habitus to make us understand the positioning of individuals within society

Nelson Mandela, politician, for leading South Africa out of its Apartheid policy in a peaceful struggle

Malala Yousafzai, campaigner for education of girls in the particularly patriarchal society of Pakistan

Elinor Ostrom, economist, for developing the concept of the commons in economics. http://evonomics.com/tragedy-of-the-commons-elinor-ostrom/

John Maynard Keynes, economist, because he explained economics more comprehensive than most and suggested recipes that followed today still would help a lot.

Ai Weiwei for being one of the most important voices of opposition in China, speaking up in Chinese symbols for freedom, rule of law and solidarity and inspiring me with some of the best modern and political art I know.

Anna Politkowskaja, journalist, for exposing war crimes in Chechnya despite threats for her life until she was shot

Antoine Deltour, whistleblower and accountant, for exposing tax deals between Luxembourg and big companies and giving power to the fight for tax justice in the EU

Hanna Arendt, political philosopher, for defining lessons learned from the authoritarian threat for our democracy

Magnus Hirschfeld, a founder of the German gay movement and of a scientific way to deal with sexuality, for freeing sexuality of traditional taboos

Johannes Gutenberg, inventor of modern printing in the West, for allowing knowledge to spread and the information age to start (and for coming from Mainz like me)

Kurt Eisner, first Ministerpräsident of the Free State of Bavaria after the First World War, a truely internationalist Socialist and consequent democrat.